Amid Chaos and Turmoil, a Defiant Clover Imaging Group Battles Back - Article By ENX Magazine 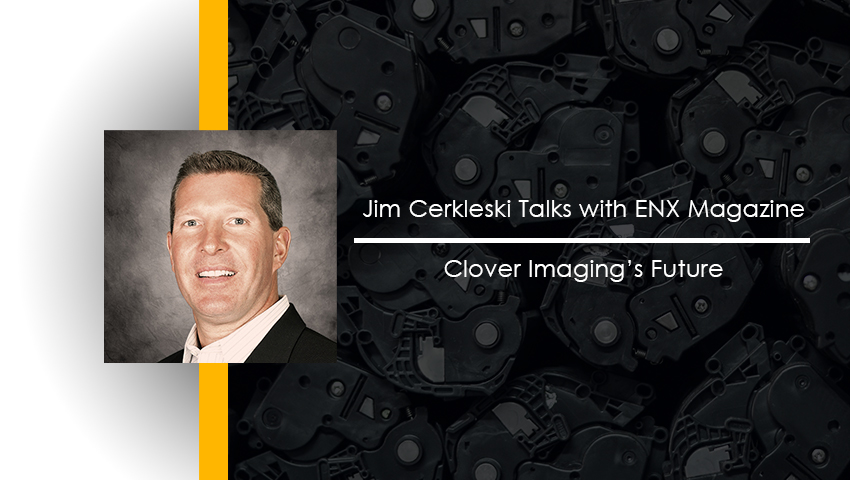 If Jim Cerkleski assembled an old-fashioned scrapbook that covered the gamut of everything that transpired during 2019 with Clover Imaging Group (Clover Imaging) and its former parent company, 4L Technologies, he might have been tempted to toss it in the garbage before mid-year. After all, 4L was buckling with a debt load of approximately $640 million, and rumors circulated that the company had few alternatives, would be declaring bankruptcy and perhaps closing its doors.

But Cerkleski, the executive chairman of Clover Imaging, knew his company didn’t ascend to the elite level of printing cartridge remanufacturers by going down without a fight. Clover Imaging was blessed with good bones—a quality managed print program, not to mention a hard-charging division in Amplify that helps partners develop effective websites and drive inbound marketing—to complement its reman cartridge platform. Perhaps most importantly, Clover Imaging lays claim to a workforce that was fully invested in what the company was looking to accomplish.

Despite the utter chaos envisioned by Chairman Mao, Chairman Cerkleski and his management team had other aspirations. As the demise rumors continue to swirl, Clover Imaging acquired the assets of bankrupt LMI Solutions. And in response to a manufacturer trying to undercut reman prices, Clover Imaging counter-punched with a Silver Bullet program that provided dealers with up to 30% off current pricing for converting OEM imaging supplies accounts to Clover remanufactured cartridges. Touché!

Thanks For Signing Up!

This item is available for outright sale or exchange purchase.
Please choose below.

Fill out the form fields for your new user. Select which permissions your new user should have and assign a username and password. Click Save. You will receive an e-mail confirming the new user has been set up successfully. Follow this procedure to set up each new user.

After you have created a new user, the new user will receive an automated email with their new user name and password. They will be given instructions on how to change their password if they would like to choose their own. However, as an administrator, you will always have access to delete/edit users, view their profile information (including their password) and change their permissions.

If you need to edit a user, there are links beside each user to edit or delete the user’s profile.

If you delete a user, the user will now appear on the Deleted Users Page and you can Re-Activate at any time if you need to do so.